Accelerated Mobile Pages – What You Need to Know 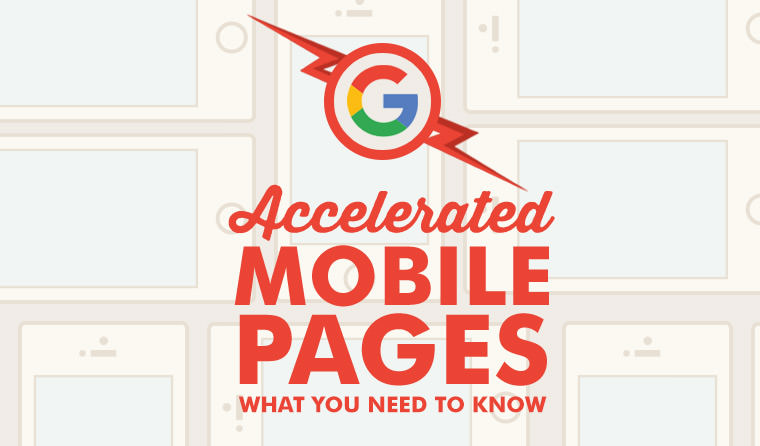 In the last few weeks, technology news sites have been filled with discussions about online advertising and how ads affect mobile browsing performance. Apple helped spark this conversation with the addition of ad blocking within iOS 9. While there are a lot of opinions on the matter, everyone in the debate agrees on one thing: display advertising has bogged down the mobile web, making it almost unusable.’

Last week, in an effort to remedy the issue with bad load times on mobile devices, Google announced a new open source initiative called Accelerated Mobile Pages (AMP). The goal with AMP is to alleviate load time issues and offer an “instant” load time for published web content. While this sounds great, there are several technical things to consider before implementing this platform on your own website.

The AMP platform is very new and was just announced to the public. Within its blog post, Google says that it is looking for “other participants in the project to build more features and functionality” into the initiative. The “participants” that Google is referring to are social media sites like Twitter, LinkedIn and Pinterest and news publishers like The Guardian, Washington Post and The New York Times. This is a list of exclusively big players, which leads us to the conclusion that AMP probably won’t be “ready” for the general public for several months.

#2 SEO Issues Could Arise If It’s Not Implemented Correctly

After looking into some current implementations of AMP, I noticed that the AMP pages are separate from the desktop version of the site and are stored in a separate folder on the site’s server. With The Guardian, simply putting “amp” at the end of any news article URL will load the AMP version of the page. The big issue that this presents is duplicate content. To prevent this issue, developers will also need to implement canonicalization, which will help search engines determine the original source of the content and attribute credit correctly. If you implement AMP without adding canonicalization, your site’s rankings could be adversely affected.

#3 This is For Content-Heavy Sites

The purpose of AMP is to make content sites load instantaneously. AMP is not for ecommerce sites or other heavier websites that have a lot of animation or scrolling banners. As of now, AMP has limited experience. The AMP pages that I’ve reviewed have a flat and bland feel to them. As I said before, the AMP project is constantly evolving and will likely grow to allow for new elements and functionality. In the coming months, new elements and coding standards will likely added to the initiative.

At this time, it’s wise for most site owners to monitor the progress that AMP makes over the coming months. While AMP is getting a lot of mainstream press, it’s something that the web development community at large needs to discuss. So, to all of the web developers out there, what are your thoughts? Do you think you’ll be implementing AMP on your site in the future?