A couple of weeks ago, I took a few days off from work at Papercut and headed to Austin for one of the country’s biggest music festivals, South by Southwest (SXSW). SXSW was a festival experience unlike anything else I’ve taken part in.  Once you’re there, you’re basically allowed to choose your own adventure.  Planned all your shows ahead of time and want to catch every one? Go for it! Or maybe you’re just going to ride the wave and see where the night takes you? Maybe you didn’t plan at all and you’re just going to hop around and catch a random assortment of things. All of these, and even a combination of these, are acceptable behaviors for a typical SXSW’er. Personally, I started out thinking I would try to catch every show on my list, but soon realized there were just too many for this to be possible. Luckily, I had a great travel buddy that helped keep me safe and prevented me from getting too lost. Thanks, Brenda!

SXSW is something I’ll never forget, and here are just a few reasons why:

When you approach the tall buildings in downtown Austin, you’re greeted by beautiful parks and the Colorado River, and it really is an impressive view. The city itself, from what I noticed anyway, is fairly clean. With a festival as large as SXSW going on, you’d expect more trash than usual, but other than the madness that was 6th Street, I was pleasantly surprised not to find any. The locals I met were mostly nice, and as for the ones that weren’t, I felt their pain. The festival puts a bit of a strain on Austin’s residents, and even though you’ve got a crazy amount of things going on downtown, it’s still business as usual for many of them.

Austin seems to be a pretty health-conscious town with a focus on fresh, local food. In downtown, there are a number of mini grocery stores and fresh juice bars if you need something quick, and the restaurants have plenty of gluten-free and vegetarian options. I didn’t get to sample from the local food truck scene, but I did get to hit a few restaurants. From the first day’s fajitas to the final day’s lamb, everything I tasted was delicious. I don’t drink coffee that often, but when a stand offers fresh, Guatemalan, hand-pressed coffee, you can’t pass it up. The people at the stand were so nice that it wasn’t until I was walking away that I realized they never asked me to pay.

Last But Not Least – The Events

The types of sounds you’ll hear at SXSW span such a wide spectrum, you could easily hear soft pop blaring from a large stage, a heavy rock show to the left of you, and obscenely bass-y techno music to the right of you, all within a single block. Due to a few slight obligations, I mostly caught the smaller electronic showcases. 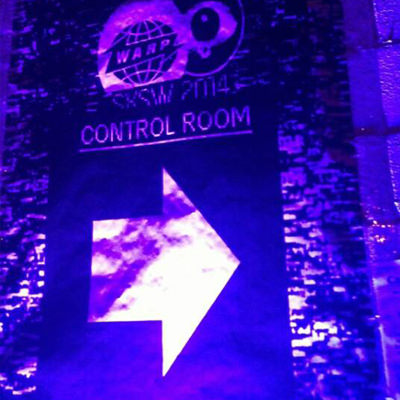 When a few friends and I learned that the labels Warp and Lucky Me were holding a showcase, we instantly added it to our list. We knew we’d have to arrive early, but we were naive as to how long the SXSW lines were going to be. We were unsure of just which venue we were supposed to stand in line for until we turned the corner. The line was about a full city block long, and they didn’t tell us until much later that it was actually two lines: one for the indoor venue and one for the outdoor venue. The showcase was mostly for newer signees that, while not unheard of, haven’t gained instant recognition. I’m not going to begin to explain each artist’s sound because I tried to before the show and it sounded too silly. Let’s just say weird techno-y things or something, okay? Anyway, this was a standout show because it was part of Kelela’s limited city tour run. She was easily the most accessible artist at the showcase because she’s a vocal performer. I was interested to see how her show would go over in the middle of back-to-back DJ sets, but everyone appeared to enjoy it. 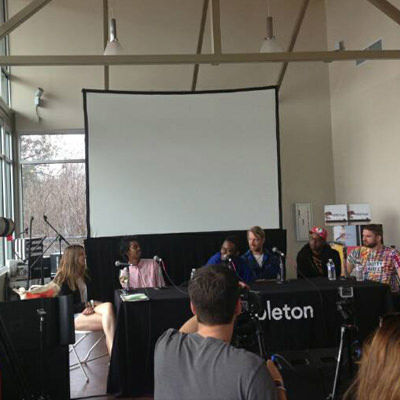 Day 2 was filled with more meeting and greeting than shows, though I did catch a few showcases and was involved in one but that’s all I’m willing to disclose about that. Day 3’s shows involved a number of panels sponsored by Ableton and Subpac that included members of both the Trouble and Bass and Stones Throw labels. There was a crazy show at a small venue called Plush that was great, and we kept the party going by attending an after party that involved a former Nashville DJ, Myrryrs, who somehow remembered me from his events. A word of caution, though. After parties can be a bit taxing on your SXSW experience. Due to the city’s crippled mass transit system during the festival’s peak hours, bus routes can change at any moment, and cabs are pretty much nowhere to be found. Depending on how far out you are from your hotel, you should be prepared to walk pretty far in the wee hours of the morning. Oh, and you probably won’t have any battery left on your phone by then, so be prepared to feel desperate and lost for a little while—just trust me on this. 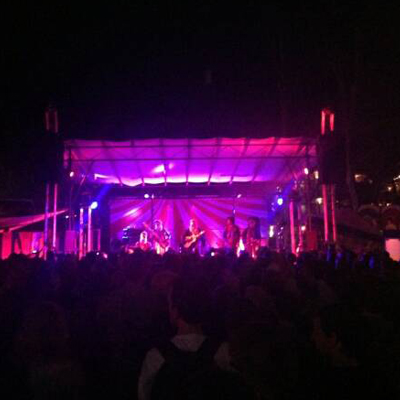 Day 4 consisted of waking up at 3pm and deciding to never do that again. The silver lining was that while randomly walking around, we found another band we’d had on our must-see list, Tinariwen. If you’re unfamiliar with this international, Grammy Award-winning group, then please do yourself a favor and check them out. After that, we finally went to the place everyone had been talking about, Barcelona. The artist on the lineup I was most excited about that night was The Heatwave, and little did I know that I was in for one literally. I walked a third of the way down the steps into the venue before I was met with this rush of heat and bass. Barcelona is a medium-to-small-sized club and gets packed and slightly uncomfortable very quickly. The Heatwave is known for a more tropical electronic sound with elements of dancehall reggae and UK club music, so it should come as no surprise that the MC threw a barrage of plastic toy horns and whistles into the crowd rather enthusiastically. If all of this sounds ridiculous, that’s because it was. Ridiculously fun, that is.

Day 5 was spent winding down from such a crazy week. We caught pieces of the acts performing on smaller stages on the walk to get food and go shopping, and we saw a few really interesting street musicians.

Overall, SXSW was an awesome experience. I met a ton of great people, caught some fun shows, and got to spend some time in a really cool city. If you ever get the chance to go, I’d definitely recommend it!