Type Foundry of the Month: 100 Days of Fonts 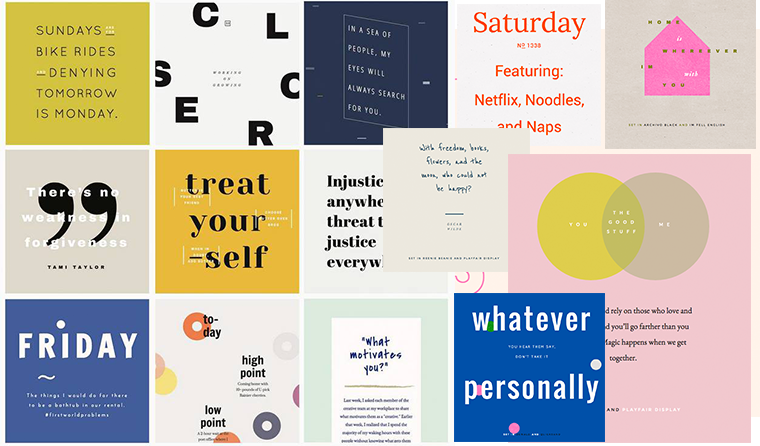 Another month, another type foundry, right? Well, for this month’s type blog, I chose not to profile a foundry but to share a type- and design-related project that I find inspiring, 100 Days of Fonts.

Earlier this year, San Francisco-based designer and developer Do-Hee Kim created the 100 Days of Fonts Project. The project was designed to serve as an outlet for Kim so she could challenge herself outside of her work as an in-house creative. For 100 days this year, she created typographic designs using pairs of free Google web fonts and CSS. Subject matter for her designs ranged from her life in social media numbers to popular quotes to lists of recommended Netflix documentaries. You can see her creations here.

Images below are courtesy of Do-Hee Kim. 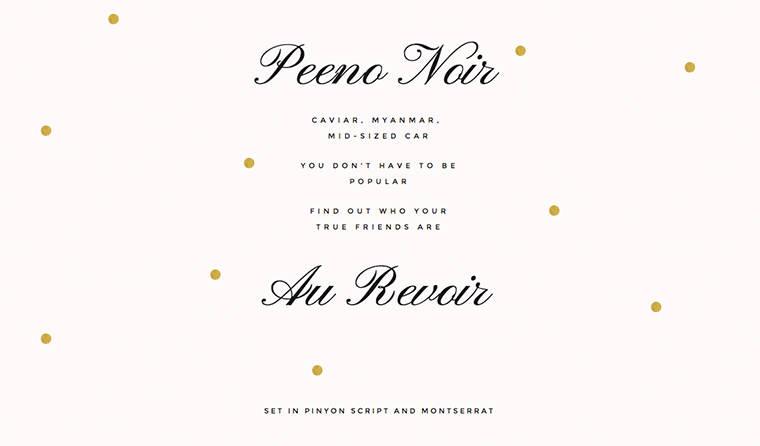 On her personal blog, Kim wrote a “faux Q&A” explaining why she chose to embark on the project and discussing what she learned as a result. Kim says she chose to work with Google fonts because “Google has some beautiful, free web fonts that are easy to use” and that she wanted to “see what was possible with Google Fonts as a personal challenge.”

For the duration of the project, she relied on a variety of resources and tools to complete her designs. Aside from Google Fonts, Kim used Sublime Text, Github, and Terminal. She also drew inspiration for font pairings from Pinterest and used Photoshop (plus a good, old-fashioned pen and paper) for sketching. 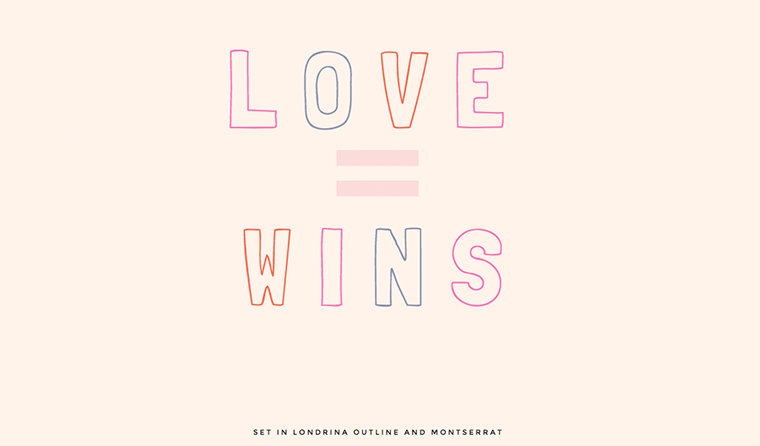 When reflecting on what she learned, Kim noted, “The creative community is incredibly supportive,” and “Personal projects help you grow in ways your 9-5 does/can not.”

She encourages anyone considering their own personal project to go for it and notes that she may have another one of her own on the horizon soon. 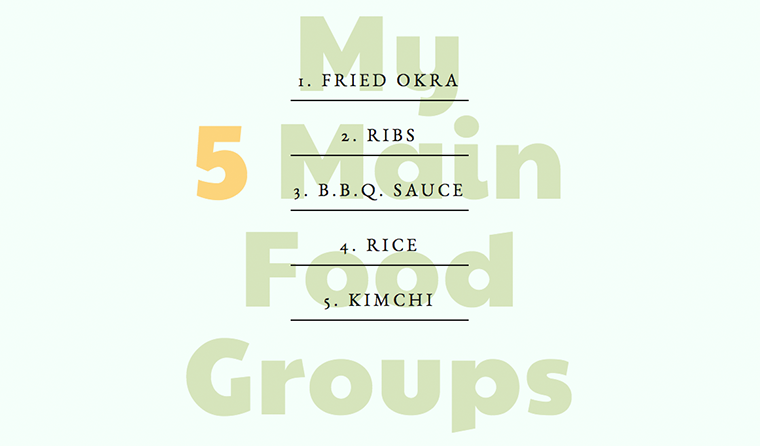 The Inspiration Behind the Project

Kim’s 100 Days of Fonts project was her take on the original 100 Day Project, developed by designer and Yale professor Michael Bierut. Bierut’s graduate students were tasked with repeating a single action for 100 days, the intention being that they would learn discipline and develop a deeper understanding of the creative process. Tasks could be anything from creating videos to writing.

This project, in turn, inspired artist and designer Elle Luna to create the 100-Day Project, a social media-based version of Bierut’s original concept. This project, like Bierut’s, challenged creatives to make or learn something new every day for 100 days. For these 100 days, participants had to practice both discipline and creative play. Repeating the same action helped participants satisfy the need for finished projects, resulting in a focus on the process itself.

It was Luna’s project that directly inspired Kim to create the 100 Days of Fonts project for herself.

At the beginning of 2015, I embarked on my own version of this creative challenge. Instead of working on projects for 100 days, though, I decided to make it a full year—365 days. Aside from being a designer and developer at Papercut, I’m also an illustrator. I wanted an outlet that would allow me to use these skills and think creatively outside of my Papercut projects. Thus, Your Daily Creep was born. Every day, I illustrate a new creep (monster) in mediums ranging from watercolor to pen and ink. Some creeps reflect current events or pop culture, and others really have nothing to do with anything at all. You can view them in all their glory here.

This project has definitely turned out to be more than just a creative outlet for me; it’s been a lot of fun, too. I echo Do-Hee Kim’s sentiments about this type of project. If you’re a creative (or even if you’re not), and you’re thinking about starting one of these for yourself—do it. You’ll probably learn a lot about yourself along the way.