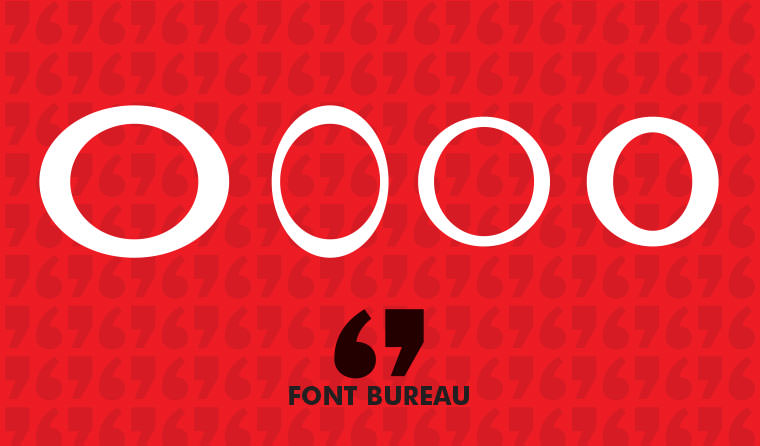 Font Bureau’s type has been used in most major American news publications, including The New York Times, Newsweek, Esquire Magazine, Rolling Stone, and the Wall Street Journal. But the foundry’s most cunning work hasn’t been on the page.

For this reason, Font Bureau is on the leading edge of digital typography. Really, it has been since it’s inception in 1989. Based in Boston, Massachusetts, it’s one of the most renowned American type foundries with prominent type designer David Berlow at it’s helm.

Originally, I thought TypeNetwork was another attempt to stick it to the Man (a.k.a. – MonoType). But after reading a bit more, I’ve found that it’s so much more.

TypeNetwork has gathered some big players in the digital type realm including Mark Simonson, Carter & Cone, and GarageFonts. I dug around and noticed that the standard license for a typeface was way cheaper than I thought it would be! All of their work is available for web licenses, as well.

Licensing isn’t the only thing that sets TypeNetwork apart. There’s also tons to read about the typefaces themselves, the ideas behind them and the future of type. I couldn’t stop reading the site’s blog!

To dig deeper, let’s take a look at one of their typefaces – Decovar. Created by David Berlow in a partnership with Google, Decovar pushes the bounds of type in technology. It’s a multi-style decorative variable font that uses its architectural components to reshape itself based on the designer’s preference.

A designer can pick their favorite “skeleton” (stroke variant), as well as their favorite terminal style. Both of these options, along with being able to choose the weight and spacing of each, creates an infinite number of display options while only using one structure! You can find the typeface on GitHub.

The real work is behind the scenes in the new versions of OpenType Font Variations. Through this initiative, David Berlow and Font Bureau are taking on a challenge for Google to improve font file types and make them more flexible for users, developers, and browsers.

The new OpenType v1.8 includes axes for weight, white space, x-height, and serif rise that are changeable within the file type. This allows designers and developers to use multiple weights and styles of the same font family with only one font resource.

As a designer and web developer, I can only say that I’m giddy about this.

If you want to know more, here are the docs from Microsoft and a helpful Medium article with more resources!

(Thanks to Font Bureau for the cool Decovar GIF!)